This content contains affiliate links. When you buy through these links, we may earn an affiliate commission. 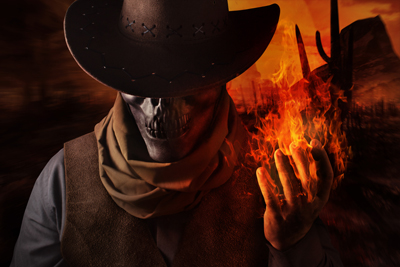 Supernatural Western books are a fairly new genre that originated from the urban fantasy genre — a subgenre of the Western genre, which was popularized in the United States by Owen Wister's novel "The Virginian" in 1902.

In this genre, there is usually a mixture of fantasy, horror and mystery (sometimes steampunk), in addition to traditional western elements such as cowboys, sheriffs, outlaws, lawmen and gunfights. The stories often involve tales of revenge that can be attributed to Native American beliefs or European folklore that have been passed down through generations.

One thing you can be sure of --- there's going to be a lot of action!

Great western books didn't end with Louis L'Amor! Since then great classic western novels roll out every year, from Zane Grey to Larry McMurtry's Lonesome Dove to more recent books that have been turned into movies like The Sisters Brothers.

Whether you prefer gunfighters and unnamed cowboys protecting the western town or cattle drives full of drama or the hooker with a heart of gold there to help the card sharp, you'll love these gritty sweeping classic western books!