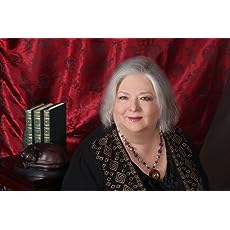 As an author, Jeanne Burrows-Johnson embraces her lifetime experiences in the performing arts, education, and marketing. Academically, she was accepted for membership in Phi Beta Kappa, while completing a Bachelor of Arts degree in history at the University of Hawai`i. During graduate studies and a teaching assistantship, she became a member of Phi Alpha Theta. She's also a member of the National Writers Union, Sisters in Crime, Arizona Mystery Writers, and a Lifetime Member of the British Association of Teachers of Dancing, Highland Division. Jeanne' inspiration for storytelling is rooted in theatrical training during her youth and grew with the colorful tales shared by myriad characters in her life.

In the co-authored book, UNDER SONORAN SKIES, Prose and Poetry from the High Desert, Jeanne's contributions included historical articles, design of the evocative cover, and indexing of its broad-spectrum contents. Having been a resident of Hawai`i for 20 years, it's not surprising that her Natalie Seachrist mysteries are set in its lush and multicultural environment. While sampling Island life and pan-Pacific history, Jeanne's readers join in the heroine's contemplation of haunting visions and puzzling deaths. The award-winning PROSPECT FOR MURDER and MURDER ON MOKULUA DRIVE have been joined by MURDERS OF CONVEYANCE, a winner in the 2019 New Mexico-Arizona Book Awards. This third book in the series takes place during a Chinese New Year scavenger hunt across O`ahuas as Natalie, Keoni and Miss Una explore two murders separated by sixty years.

You'll find Island recipes, a comprehensive glossary of terms included in the mysteries and more information about Jeanne's projects at her author website, JeanneBurrows-Johnson.com. You can also learn about CONVERSATIONS WITH AUNTIE CAROL, a print and audio book project that will present interviews with an elderly Hawaiian woman from `Ulupalakua, Maui, who was dancing hula in Waikīkī on December 6, 1941. There's also a link to Jeanne's blog that helps creative professionals examine issues in shaping, refining, and marketing their work. Please use the contact forms on her websites to drop her a note . . .