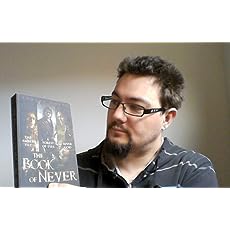 Ashley is an Australian novelist, poet & teacher. You might have read his epic fantasy 'The Bone Mask Trilogy' or maybe you're familiar with his other work, the fantasy/adventure series 'The Book of Never.' Either way, you can read more about his books and get access to giveaways and free books via his newsletter below :)

Ashley occasionally dabbles in film, is addicted to 80s cartoon shows and Studio Ghibli films, and finds himself constantly awed by the simple beauty of haiku. He is also convinced that 'Magnum PI' is one of the greatest TV shows ever.

Sign up to Ashley's newsletter for free books and news:
http://www.subscribepage.com/b5w1k0

Find out about Ashley's fiction:
http://www.cityofmasks.com/ 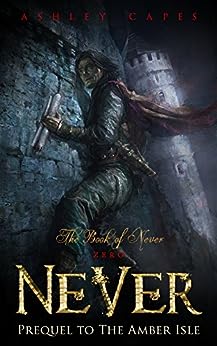 GET THE FREE PREQUEL!

Roguish Never is sure he has hunted down every relic and every clue possible on his quest to finally lift the curse on his blood and hopefully learn his true name. However, convincing the wealthy Lord Firmita to part with a map to the sunken city proves to be far more dangerous than he first imagined.

Prequel story to The Amber Isle - see how Never meets his enemy Harstas!