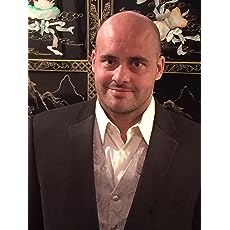 Rory D Nelson owns a small window cleaning business in the Sacramento area and is a devoted pet parent to his dogs, Ruger and Cupcake and his cat, Buddy. He lives with the love of his life, Janell and is generally a pain in the ass to live with. She tolerates him mainly for his love-making skills.

He is a prolific and eclectic writer and has written numerous comedy shorts, humorous t-shirts and hilarious commercial parodies. He has sold many of them to Comedy Central. He is also an accomplished actor, having been in numerous high school productions during his youth.

He is a wine connoisseur, a caffeine junky and a pot enthusiast. In college, he once fabricated a bong from a hand-held vacuum cleaner.

He spends most of his free time writing this epic series and hopes to complete Book Three, Test of Ostra late in 2019, as well as a related series set in the Merlin universe early in 2019.

Some of his favorite writers are John Steinbeck, Ann Rice, Dean Koontz, Stephen King, Mary Shelley, Sylvia Plath, H.P. Lovecraft and George Orwell.
Learn more about Rory D Nelson at rorydnelson.com and pick up a copy of the prequel, Dawn of the Merlin for free(as a subscriber to his Reader Group, The Brotherhood Blog).