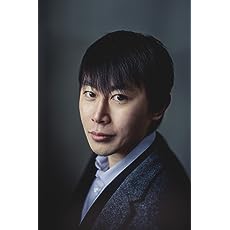 While people may think 'magic fantasy authors' are the opposite of 'scientists', Weiqi Wang preserves his own opinions.

As a D. Phil (Doctor of Philosophy, but it actually means a scientific doctor) on bioengineering graduated from Oxford University, Weiqi loves to be both.

After all, philosophy is to explain the world; some choose to use scientific languages, some put it also in fantasy.