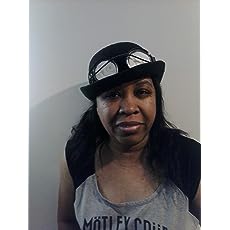 Trevol Swift is a sometimes-sassy author of fantasy mystery books who grew up in Connecticut. She graduated from WIT with a BS in Computer Engineering Technology and now lives in Eastern Massachusetts.
Trevol's working life has mostly revolved around being a QA Tester on computer games. This has included some of the biggest games to have graced the industry, including one of the first 3D stealth games, and multiple top-tier MMOrpgs.

She also worked as an intern on the launch of the major rock band's website in the 90s, but it is now with writing that Trevol is most interested, having written her stunning debut fantasy mystery trilogy, The Justicar Jhee Mysteries, which follow Jhee, a woman sleuth, investigative judge and new head of a polygamous household, in a maritime arcanepunk/science fantasy setting.

In her spare time Trevol enjoys gaming of all styles, cosplay/costuming, reading, writing and dancing. She also likes to spend time relaxing by getting creative, with drawing and storytelling among her favorite pastimes.

Death wears many faces... Only Justicar Jhee, a magic-wielding sleuth, can unmask the killer.

And get a free prequel book! Justicar Jhee and the Spectral Armada

Only Justicar Jhee, a magic-wielding sleuth, can make it turn tail and flee.

On the eve of her wedding, Jhee, investigative judge and new head of a polygamous household, must investigate a drowning. As she digs ever deeper into the mystery, she discovers even more shocking secrets. With monster hunters, troublemakers, and pirates on her heels, can she uncover the truth behind the death and still get to her wedding on time?