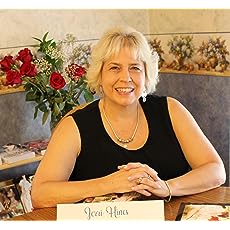 Jerri Hines is an Amazon bestselling author of the Winds of the Betrayal, Winds of Change and Southern Legacy series that were inspired by her fascination with history. She is a Southern gal who has lived the last thirty years near Boston with her Yankee husband. She believes in love and the power it holds. It is the reason she writes romances.

She is also an Amazon Bestselling author under her penname, Colleen Connally. Her historical romance series, Secret Lives, is riddled with romantic suspense and a touch of paranormal. Boston's Crimes of Passion marks her first contemporary suspense series, including the books, Fragmented and Framed. The Three Realms is an epic fantasy series, including Past of Shadows and The Path Now Turned. Vision of Destiny will be the next book released in the series.

She is a supporter of The Home For Little Wanderers in Boston, Shriner's Hospital, and the Alzheimer's Association.