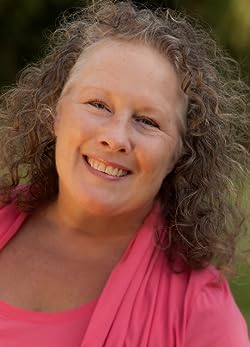 USA Today bestselling author Ella Quinn’s studies and other jobs have always been on the serious side. Reading historical romances, especially Regencies, were her escape. Eventually her love of historical novels led her to start writing them.

She is married to her wonderful husband of over thirty years. They have a son and two beautiful granddaughters, and a Great Dane named Lilibet. After living in the South Pacific, Central America, North Africa, England and Europe, she and her husband decided to make their dreams come true lived on sailboat for three years. After cruising the Caribbean and North America, she completed a transatlantic crossing from St. Martin to Southern Europe. She's currently living in Germany, happily writing while her husband is back at work, recovering from retirement. 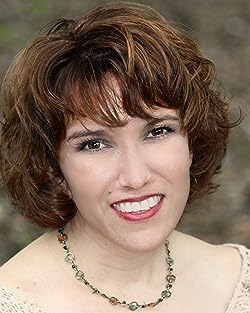 I’m an author of spicy Regency romance with alpha heroes and independent heroines, layers of emotion, and lots of sizzle. I fell in love with historical romances and all things Regency—and especially all those dashing Regency heroes—while living in England, where I spent most of my time reading Jane Austen and getting lost in London (especially the getting lost part). I have traveled around the world, both as a tourist and as a volunteer with children's organizations in Peru, Ecuador, Thailand, and Mexico. I love to hike and fly airplanes, adore all things chocolate and coffee, and am a Doctor Who fanatic (everyone says my house *is* bigger on the inside!). I am a terrible cook who hopes to one day use my oven for something other than shoe storage. In my spare time, when I'm not writing or teaching, I enjoy tending the roses in my garden during the summer and reading historical romances during the winter. My fav authors are Elizabeth Hoyt (her Maiden Lane series is fantastic!), Sabrina Jeffries (fabulous emotion on every page), and Sylvia Day (who isn’t afraid to take historical romance in all kinds of new and hot directions).

I've been writing since 2015, when All About Romance named me Best Debut Historical Romance Author for my debut series, THE SECRET LIFE OF SCOUNDRELS. DUKES ARE FOREVER won the 2016 Maggie Award for Best Historical Romance, and HOW I MARRIED A MARQUESS was a 2017 RITA finalist. ALONG CAME A ROGUE broke through the usual Regency romance tropes by being about a woman who is nothing like other traditional Regency heroines. And in ONCE A SCOUNDREL, we’re taken twenty-five years into the future, to follow the loves and losses of the next generation of scoundrels.

I'm so excited this year to launch my new series, CAPTURING THE CARLISLES. When these heroes meet their heroines, they've met their matches--in more ways than one! IF THE DUKE DEMANDS, in which Sebastian’s desire to find the perfect duchess is turned upside down by Miranda Hodgkins, was named a TOP PICK by Night Owl Reviews. WHEN THE SCOUNDREL SINS is Quinton’s chance for love…if he can find a way to open his heart. (RT Reviews gave it a 4-1/2 stars TOP PICK rating.) Book 3, AS THE DEVIL DARES, to be released in March 2018, pits Robert Carlisle against his greatest adversary—Mariah Winslow, the woman standing between him and his business partnership. Stay tuned for more information about the Carlisle brothers and their equally rakish cousins!

If you love history and romance as much as I do, I'd love to hear from you.
Webpage | Amazon |  Facebook | Twitter

Download the short story, "Once Upon a Frost Fair," which describes how Mariah Winslow and Robert Carlisle from AS THE DEVIL DARES first meet...and share their first kiss! https://www.annaharringtonbooks.com/ouaff-add-download

The Carlisles are back…and England will never be the same! Known as the "Scourge of Mayfair," the infamous brothers enjoy nothing more than having a good time and striking fear into the hearts of marriage-minded mamas. But when the three brothers cross paths with three very special women, they've finally met their matches--in more ways than one. To read sneak peeks of each book, visit https://www.annaharringtonbooks.com/capturing-the-carlisles

Jump into a Historical Romantic Suspense! 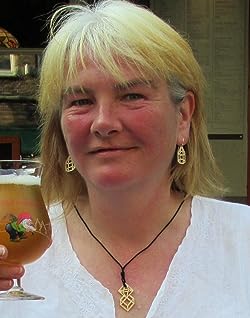 Edith Parzefall studied literature and linguistics in Germany and the United States and worked in IT before she became a full-time writer and translator.

She supports a street kids project in Recife, Brazil. When she visited Grupo Ruas e Pracas, she took part in a music and crafts workshop with the children. During her stay in Rio de Janeiro, STRAYS OF RIO, a social thriller set in this city of contrasts, took shape.

In 2008 she traveled through Chile, supposedly the safest country in South America. Stopped at a red light in their rented SUV, she and her partner were sandwiched between two trucks on the Pan-American highway. An unplanned excursion to the local hospital and the Carabineros de Chile allowed her insights she never meant to gain but wouldn't want to miss. A new story idea sparked: Crumple Zone.

Nowadays, she prefers to travel back in time to 16th century Nuremberg to spend time with the hangman Meister Frantz. This executioner of the free imperial city first caught her attention when she learned he convinced the city council to let him behead women. Intrigued? No? Well, the traditional punishment for women was drowning...

Start the Bride Brigade Series for only 99c! 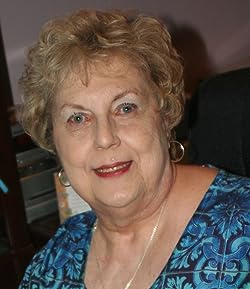 Through an illogical twist of fate, Caroline Clemmons was not born on a Texas ranch. To compensate for this inexplicable error, she writes about handsome cowboys, feisty ranch women, and scheming villains in a small office her family calls her pink cave. She and her Hero live in North Central Texas cowboy country where they ride herd on their rescued cats and dogs. The books she creates there have made her an Amazon bestselling author and won several awards.

Prior to writing full time, her jobs included stay-at-home mom (her favorite), secretary, newspaper reporter and featured columnist, assistant to the managing editor of a psychology journal, bookkeeper for the local tax assessor and--for a short and fun time--an antique dealer with her youngest daughter.

Unfortunately (or fortunately, depending on your viewpoint), she and her daughter took the most interesting antiques home and didn't make much money selling what was left. They enjoyed themselves tremendously, though. If she ever wins the lottery, she'll go back into the antique business while continuing to write. When she's not indulging her passion for writing, Caroline enjoys reading, travel, browsing antiques, genealogy, painting, and getting together with friends.

She has written articles for several genealogy periodicals and has put together three family books: one for the family of her mother, one for her father, and one for her mother-in-law. She often uses family names in her historical novels for accuracy to the time period.

On her blog or her website you can sign up for her newsletter and receive a free novella, HAPPY IS THE BRIDE. Being on Caroline's mailing list will also keep you informed of new releases, contests, and giveaways. Don't worry, no salesman will call.

Free novella to anyone who signs up for her Newsletter!

Read more: Start the Bride Brigade Series for only 99c!

I was brought up on the Isle of Wight in Southern England surrounded by historic buildings that triggered my love of history. I now share my time between Andorra and Florida, where I live with my husband and a rescued dog of indeterminate pedigree. Visit my website at http://www.wendysoliman.com/ to learn more about me and my books.

Answer a question to get a FREE copy of Death of a Debutante!
Answer this question: What is the name of Queen Victoria's home on the Isle of Wight?
Send your answers to This email address is being protected from spambots. You need JavaScript enabled to view it. to claim your free book!