FREE or DISCOUNTED BOOK OF THE DAY 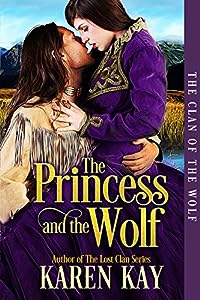 FILL OUT THE FORM TO GET IT FREE!

Refusing to believe the rumors that the European prince she was forced to marry had died in a far-off land, the princess, Sierra, sets sail to America, bent on revenge and determined to learn the truth. Because she will require a scout to guide her through the wilderness, she calls in a favor from the man who had betrayed her long ago, the man she had once loved deeply and had hoped to wed, the noble Cheyenne scout, High Wolf.

Many years before, a European prince had invited High Wolf to travel an ocean and as a brother, to live as a member of the royal family. There High Wolf had fallen in love with the princess, Sierra. But instead of an engagement and the planned wedding, the princess had treacherously married his friend, the prince. Betrayed and broken-hearted, High Wolf sailed back to America, determined to forget the princess. But a promise given to her years earlier brings her back into his life, igniting a desire he must resist, for to surrender to her again is unthinkable.

Forced into one another’s company, with the threat of life or death around every corner, overcoming their prejudice might be their only means of survival. But can either of them trust in a love, once betrayed? Or will their past force them apart again, this time forever?...

Warning: A sensuous romance that might fan the flames of desire. Be warned. You might fall in love all over again.