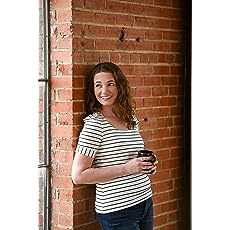 S.K. Valenzuela is a novelist and award-winning screenwriter with representation in Hollywood. She is also the founder and CEO of Areion Media, a boutique creative services firm specializing in editing, script coaching, and writing workshops for high school students and adults. She holds a Ph.D. in English Literature, and she is currently a professor at the University of Dallas.

The Silesia Trilogy is her first series -- a classic science fiction action-adventure story that follows a young renegade assassin as she battles the dark intergalactic power that annihilated her homeworld. She is preparing to release her next novel, Final Origin, the first book in her new post-apocalyptic dystopian thriller series, set in a world dominated by genetic engineering and memory manipulation. She is also in the process of adapting her award-winning screenplay Render into a new sci-fi action-adventure series.

She fuels her creativity with lots of running and frothy cappuccinos. She lives in Dallas, TX with her family.

You can download the prequel to the series, The Chrysalis, for free in all ebook formats and PDF!