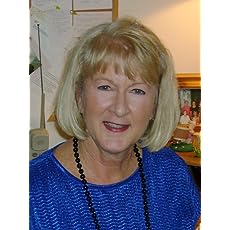 Petie spent a large part of her career working at Walt Disney World -- "The Most Magical Place on Earth" -- where she enjoyed working in the land of fairy tales by day and creating her own romantic fairy tales by night, including her new series, The Cinderella Romances. She eventually said good-bye to her "day" job to write her stories full-time. These days Petie spends her time writing sequels to her regency time travel series, Lords in Time, and her cozy-mystery-with-a-dash-of-romantic-suspense series, the Mystery Angel Romances.

Petie shares her home on the Cumberland Plateau in Tennessee with her horticulturist husband, a spoiled-rotten English Springer spaniel addicted to pimento-stuffed green olives, and a noisy Nanday conure named Sassy who made a cameo appearance in Angel to the Rescue.

My first five books released by the now-closed Desert Breeze Publishing--Everglades, Catch of the Day, No Going Back, Angel to the Rescue and The SEAL's Angel--are temporarily unavailable while I change publishers.

Visit Petie's web site online at petiemccarty.com or her Facebook.com