I look at the night skies, at the stars and planets, and I dream of what will someday be humanity's home. I imagine a future where we have stretched out into the stars, discovering new worlds, and new beauty. These dreams have come to life in the series of books coming to life in the world of Aeon 14. 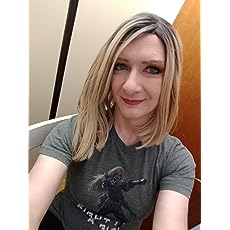 - An Aeon 14 series
The events of the Rika's Marauders series occur during the New Canaan time span in The Orion War series. This series may be read at any time after reading Destiny Lost, New Canaan, or Orion RisingRikaa

About M. D. Cooper & Aeon 14
M. D. Cooper is a New York Times bestselling author who has envisioned a rich future for humanity,one where planet-sized megastructures house trillions of humans, but traveling between the stars still takes decades, or even centuries.

Fans of Alastair Reynolds, Honor Harrington, The Expanse, or Elizabeth Moon's Vatta's Warwill feel right at home in this, the first book of the Rika's Marauders series.

What is Aeon 14?
The universe of Aeon 14 is based on the premise that advanced, intelligent, starfaring life takes 14 billion years to evolve. In astronomy an aeon is a billion years. In Aeon 14, humanity is at the leading edge of this evolution in the Milky Way Galaxy.

Humanity and the AIs they have created spread out amongst the stars and find that they are alone, though it may not always be that way...