Anne Wheeler grew up with her nose in a book but earned two degrees in aviation before it occurred to her she was allowed to write her own. Fascinated with space travel from an early age, science fiction was a natural fit. When not working, moving, or writing her next novel, she can be found planning her next escape to the desert. She currently lives in Georgia with her husband, son, and herd of cats. 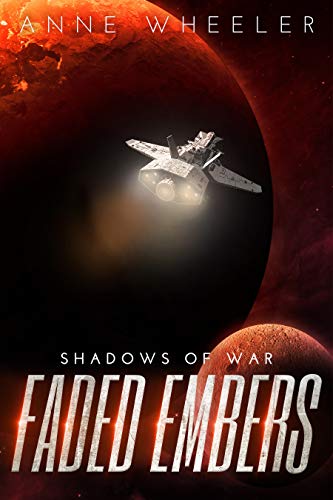 With the Haederan Empire mostly ousted from Asria, Avery Rendon should feel freer than she has in years—certainly since the Haederan invasion. Yet when she’s nearly assassinated on the day of her long-overdue coronation, intelligence suggests the perpetrator is her estranged brother, Quen. He may have denied wanting the throne years ago, but now it seems he wants another shot—and he won’t stop until she no longer stands in his way. Convinced her life is in imminent danger, she flees to Haedera, the last place Quen will ever think to look.

But the reclusive planet isn’t the sanctuary she was promised, and in the volatile aftermath of the Third Commonwealth-Haederan War, political intrigue is treacherous and allies are few. When Quen tracks her to Haedera and her enemies close in around her, Avery is forced to trust the one man she swore she’d never forgive.

And that trust will come at a cost.