Meet BV Lawson and the and the The Scott Drayco Mystery Series! 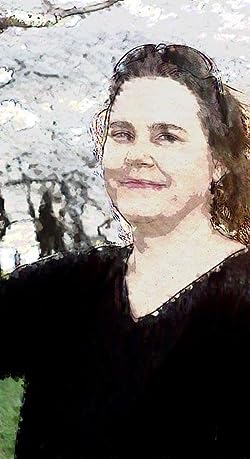 Author, poet, and journalist BV Lawson’s award-winning writings have appeared in dozens of publications and anthologies, and her novels have been downloaded in 40+ countries and translated into Spanish, Portuguese, and Italian.

A four-time Derringer Award finalist and 2012 winner for her short fiction, BV’s Scott Drayco series has been honored by the American Independent Writers, Maryland Writers Association, named Best Mystery in the Next Generation Indie Book Awards, chosen as a Featured Library Journal Self-e pick, and been a finalist for the Shamus, Silver Falchion, and Daphne Awards. BV currently lives in Virginia with her husband and enjoys flying above the Chesapeake Bay in a little Cessna.
Learn more about BV Lawson's Mysteries - visit her website!

Twitter | Facebook |
Want to read a Scott Drayco novella for FREE? Sign up for BV’s Mysteries in Crimetime newsletter and receive a FREE copy of "The Maltese Moon Rock"!


Praise for BV's Mysteries in Crimetime:

"Lawson's book was so good, I read it twice from beginning to end...The citizens of Cape Unity are as diverse and multi-layered as any person living in the large cities, and Lawson portrayed them splendidly." - Reader's Favorite Reviews

"The storyline here is nicely structured, and creatively ties together two murder mysteries, which occurred decades apart. The small town setting is ideal, the lead character engaging, and the supporting cast interesting and diverse. Overall, a solid start to this series." - Omnimystery News

"Now this story was close to brilliance...The plot was fast, dark and thrilling." - IHeartReading.net