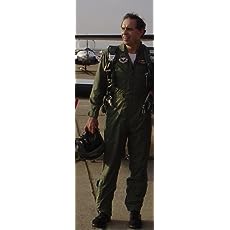 Mark's interest in spies and spy planes began when Francis Gary Powers, the U-2 pilot shot down over the Soviet Union, splashed onto the headlines. He graduated from The Hardy Boys to read everything from Alistair MacLean, Ian Fleming, and John le Carré. So when he started to write novels, it was a natural fit to see his protagonist as a pilot working for the CIA, flying a little-known spy plane to get deep behind enemy lines and hunt down the world's worst terrorists.

His Duncan Hunter books reflect his experiences as well as his love for all things aviation. He flew the fighter jet of his childhood dreams, the venerable F-4 Phantom II, while in the U.S. Marine Corps. He served in senior leadership positions with the Marines, the U.S. Border Patrol, and the U.S. Air Force before leading aviation activities and aircraft operations for international corporations in the Washington D.C. area. Mark is currently an aviation consultant in high demand and the author of over thirty articles.