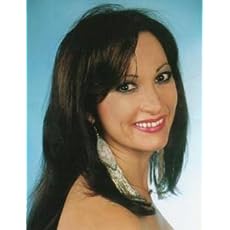 Writing under the pen names of Karen Kay and Gen Bailey, Karen is a multi-published author of Native American historical romances. She has been praised by reviewers and fans alike for bringing the historic American Indian culture to life, and she has been nominated for several different awards. Karen's great-grandmother was Choctaw Indian, and because of this, she is honored to be able to write stories that depict the Native American point of view.

All of her books concern the Native American culture, and says Karen, "With the power and passion of romance, I hope to bring about an awareness of the vital forces that helped shape the American Indian culture. There are some things that should never be forgotten."

Visit Karen's Blog on March 10th, leave a comment and you're automatically entered into the drawing.  Certain restrictions apply. You could win real Blackfoot Tribe earrings and tons of books! 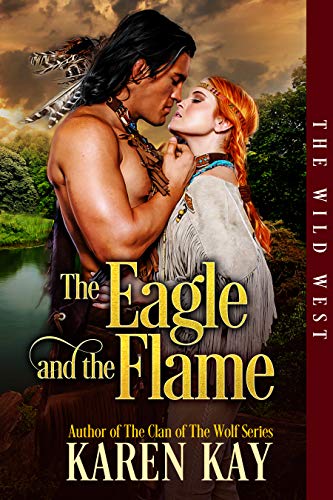 NEW RELEASE! The Eagle and the Flame

A vision foretold his tribe’s doom. Is the flame-haired beauty the trickster or his true love?

Lucinda Glenforest’s father, a general who’d fought in the Indian Wars, taught his flame-haired daughter to out-shoot even the best men the military could put up against her. When Luci’s sister is seduced and abandoned, it’s up to Luci to defend her honor in a duel. Although she wins, the humiliated captain and his powerful family vow vengeance. The sisters’ only hope is to flee and hide until their father returns from his overseas mission. Out of money, Luci hatches a plan to disguise herself as a boy and use her sharpshooting skills in Buffalo Bill’s Wild West Show.

The chief of the Assiniboine tribe has a terrifying vision, that someone called the deceiver, or trickster, spells doom for the children of his tribe. He enlists Charles Wind Eagle to join Buffalo Bill’s Wild West Show, in hopes of appealing to the President of the United States for help, and to find and stop the deceiver. When Wind Eagle is paired with a girl whom he knows is disguised as a boy, he believes she might be the deceiver. Still, she stirs his heart in ways he must resist, for he has a secret that can never be told, nor ignored. And Luci can never forget that her father would destroy Wind Eagle if she were to fall in love with him.

Forced to work together, they can’t deny their growing attraction. Will Luci and Wind Eagle find a way through the lies to find true love? Or will they be consumed by the passion of deception and slander?

Warning: A sensuous romance that might cause a girl to join the rodeo in order to find true love.

All Books 99c for a limited time!