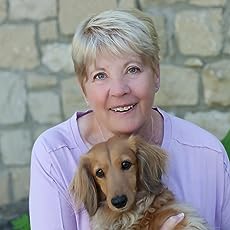 Judith Keim was born and raised in Elmira, New York, and now makes her home in Idaho with her husband and their long-haired dachshund, Winston, and other members of her family.

Growing up, books were always present being read, ready to go back to the library, or about to be discovered. Information from the books was shared in general conversation, giving all of us in the family a wealth of knowledge and a lot of imagination. Perhaps that is why I was drawn to the idea of writing stories early on. I particularly love to write novels about women who face unexpected challenges and meet them with strength.

A hybrid author who both has a publisher and who self-publishes, Ms. Keim writes heart-warming stories of strong women who face challenges and find love and happiness along the way. Her books are based, in part, on many of the places she's lived or visited and on the interesting people she's met, creating believable characters and realistic settings her many, loyal readers love.

Her readers are presently awaiting the 4th and final book in the Salty Key Inn series -FINDING FAMILY - which will be available for pre-order mid-August.

Her other three series - The Hartwell Women, The Beach House Hotel series, and the Fat Fridays series are filled with characters her readers love about the stories.
Visit her website: http://www.judithkeim.com/ - she loves to hear from readers!
Follow her on: Bookbub, Facebook, Goodreads, Twitter, and Linked-In

Darcy figures once they meet the challenge, she’ll take off, travel the world, and maybe, just maybe, begin writing the world’s best novel. When she meets Nick Howard, an older man who is a reporter for the local newspaper and takes over his weekly column, her life changes. Under his tutelage, she writes about local residents, learning to see people in a different way—especially after meeting a cousin no one knew about.

Her joy at having the part-time job that’s always been her dream is shattered when she learns Nick is dying. For support, she turns to Austin Blakely, whose grandmother is terminally ill, and through their growing relationship, comes to understand what true love is. 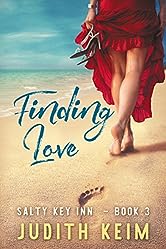 As Regan Sullivan continues to work with her sisters, Sheena and Darcy, to meet their Uncle Gavin’s challenge to make the Salty Key Inn a success, she wonders why she can never find the man of her dreams.

Her sisters are happily settled with men they love. Why can’t she do the same? When she’s involved in a motorcycle accident with Brian Harwood, Regan learns to think differently about both her appearance and herself. And as she deals with her injuries and helps Brian recover from the accident she feels guilty about causing, Regan discovers that the love she’s always sought has been there all along.