Amazon Best-Selling author K.M. Daughters is the penname for team writers and sisters, Pat Casiello and Kathie Clare nee Lynch. The author name is dedicated to the memory of their parents, Katherine and Michael, the "K" and "M" in K.M. Daughters. Inspired by their father who wrote children's books for them when they were small and their mother's love of romance novels, K.M. Daughters was "born" in 2005 at a Romance Writers of America national conference when the sisters plotted their first manuscript.

K.M. Daughters resides in Illinois and North Carolina with husbands Nick and Tom, a total of five children and eight grandchildren between them. 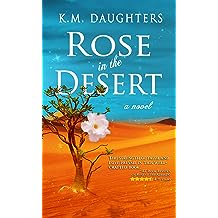 Anna Babic Robbins, dubbed "The Rose Of The Adriatic" by pilgrims to her village, leaves her home bound for America. She is to deliver secrets concerning the fate of the world to a Chicago priest who will shepherd mankind to prepare to hear God speak.

Four women travel to Las Vegas, and while there, snow begins to fall during triple digit heat. They soon learn that the non-accumulating snowfall is a worldwide phenomenon—a universal sign from God preceding the gift of a permanent sign inexplicable by earthly standards.

With the culmination of these miraculous events, all their paths intersect, and God will reveal His plans to each soul on earth.